Church of Panagia of Moutoullas

Church of Panagia of Moutoullas 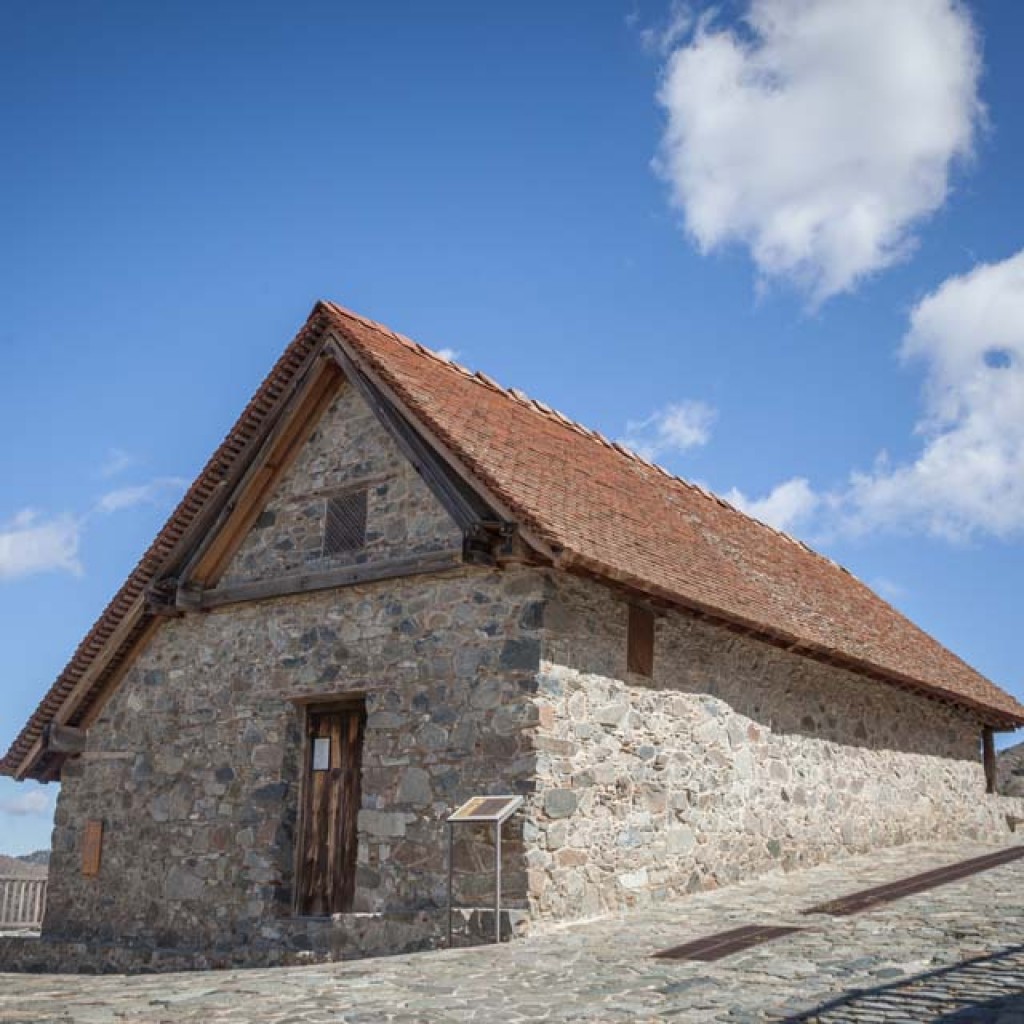 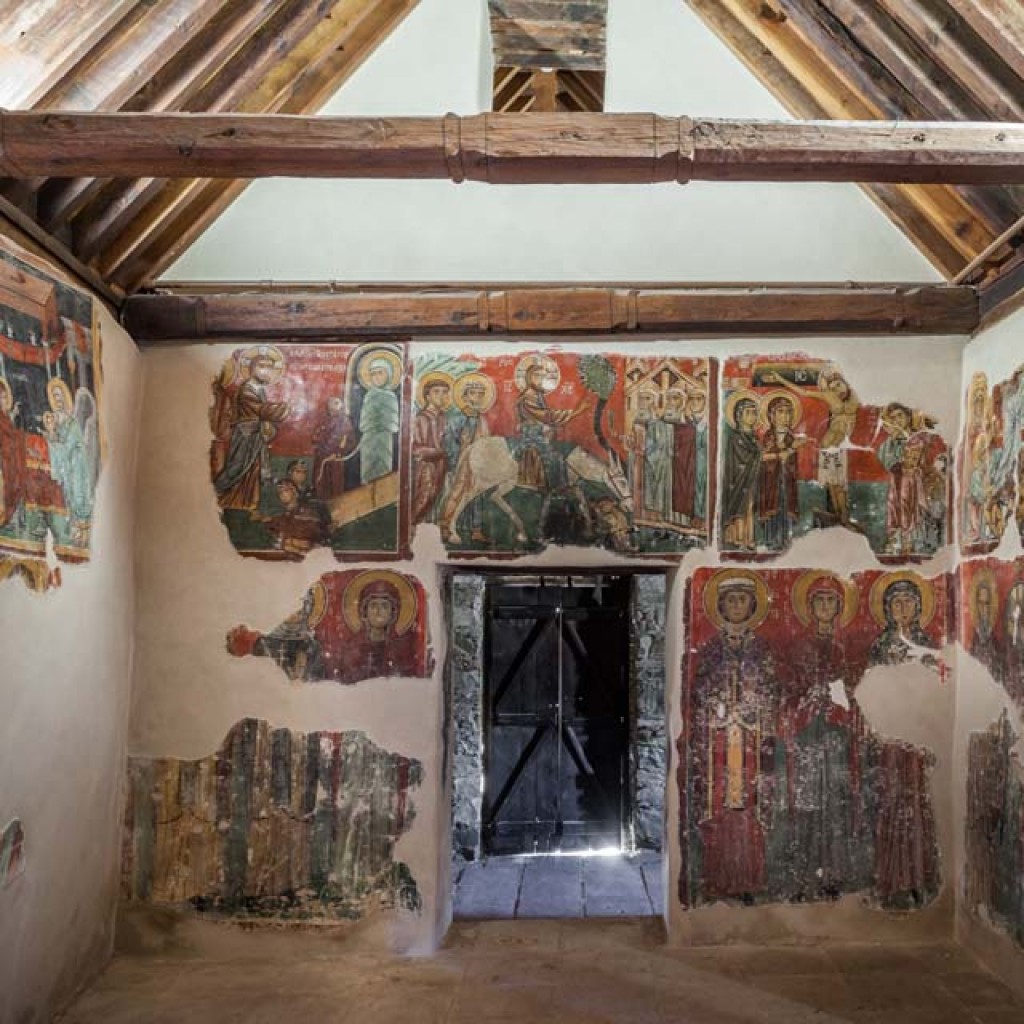 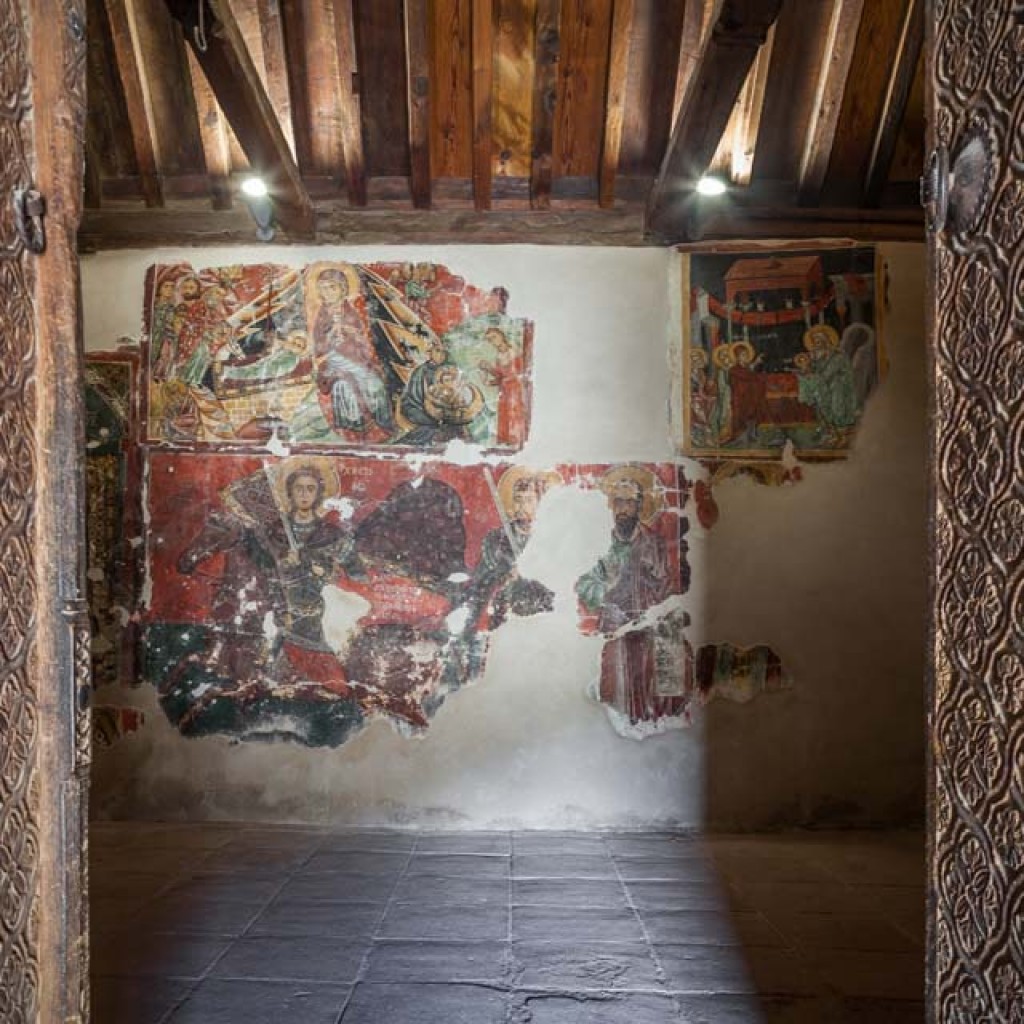 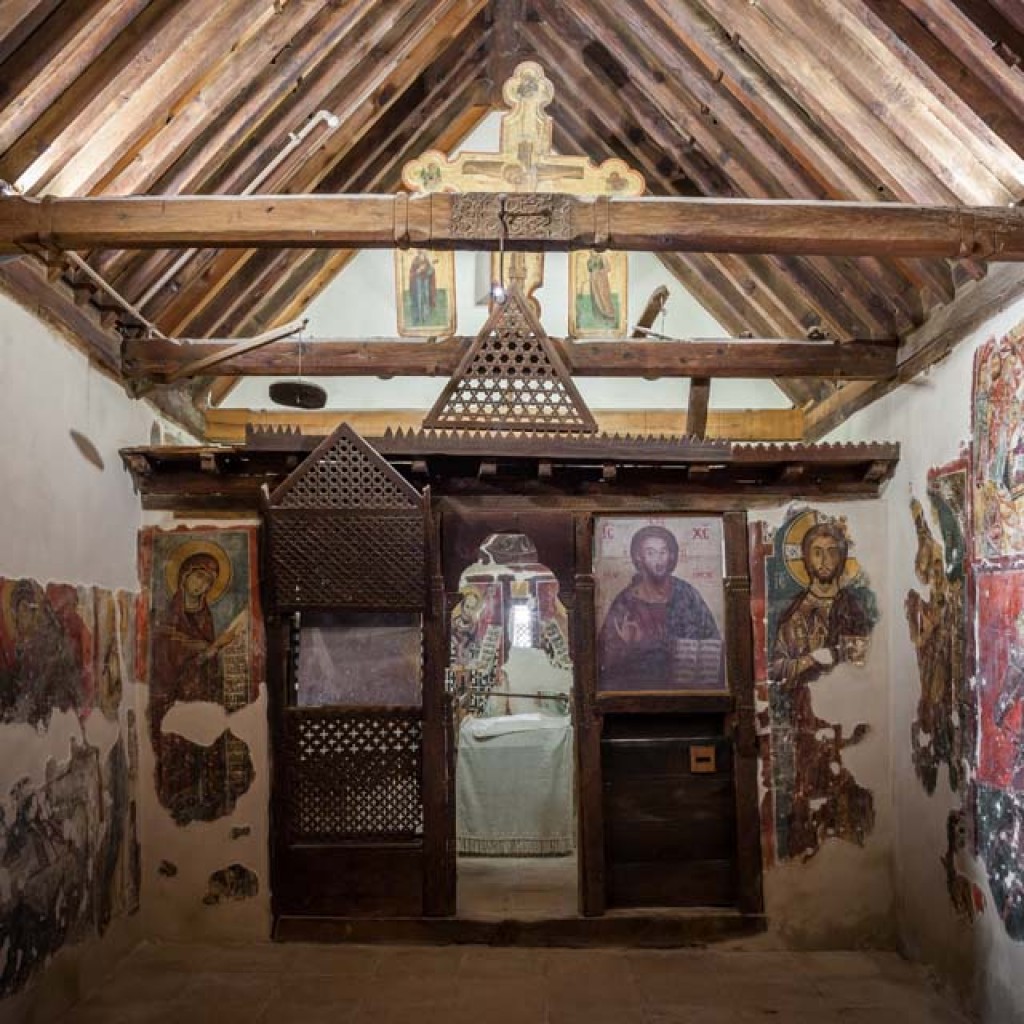 To the south of the village, on a rocky hill overlooking the area and at a distance of 300 meters from the main road, is the church of Panagia, called “Moutoullas” (formerly “The Most Holy Theotokos of Gerakiotis”). The name of the temple is due to the “surname” of the founder, Ioannis Gerakiotis or Ioannis Moutoullas. A scholarly inscription on the sacred step of the church mentions the date of the church’s acquisition in 1280 AD by John and his wife Irene.

The temple belongs to the type of wooden-tempered temple, which is a special and typical type of the Troodos mountain range. This type of church, with a strong sloping roof, is covered with flat tiles. It has internal dimensions without the arch of 6.73m x 3.75m. The arch has a 1.95m cord and an arrow of 1.30m. At the end of the 14th century. A.D. (or probably the beginning of the 15th century) galleries (female and narthex) were constructed on the west and north sides of the church.

In December 1985 the church of Panagia Moutoulla was included in the UNESCO World Heritage List. 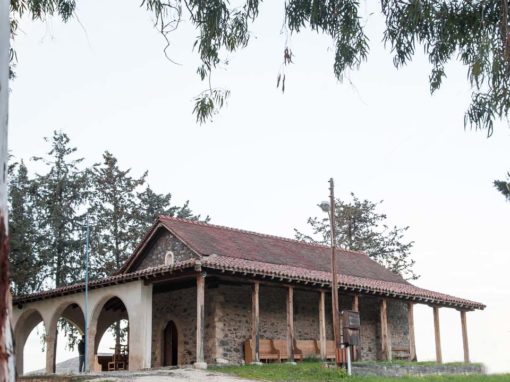 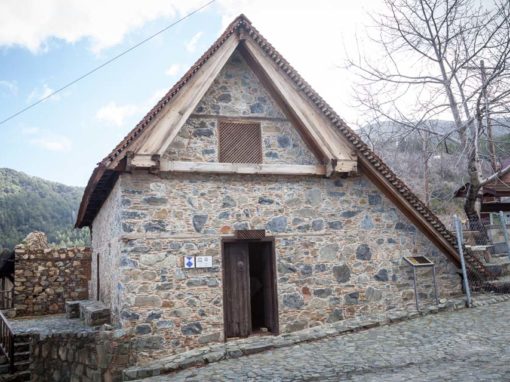 The Archangelos Michael church is built in the village of Pedoulas in the valley of Marathasa, opposite the Byzantine Museum. It is one-aisled, wooden-roofed, with a semicircular arch that protrudes to the east. The lower part of the arch is placed on

Prophet Elias was a sea man but was bored at sea and decided to go up in the mountains. That is why he became the saint of the mountaintops. The chapel of Prophet Elias is built on the hill with his name, in a location with great views. It was built in 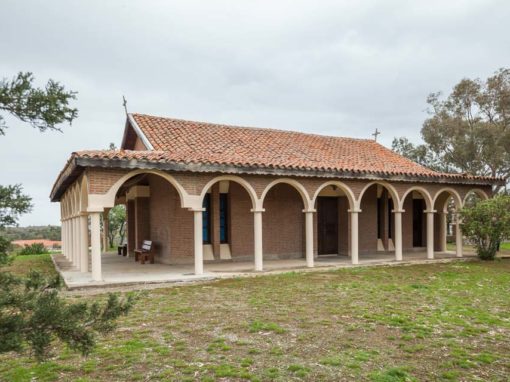 The main church of the village is dedicated to Saint Irene and is located in the centre of the village. It was built in the 16th century but was destroyed by fire and rebuilt in 1910. All that had been saved from the fire was an arch. It is a small one 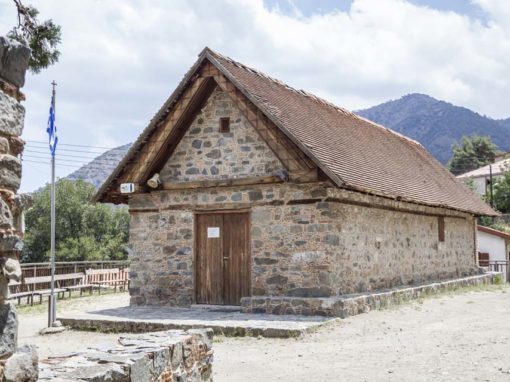 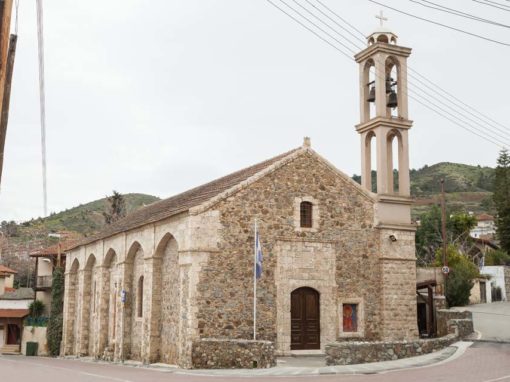 The church of Agia Marina was built in 1872 and is located in the centre of Evrychou village. It is the type of single-aisled basilica, which is covered with a simplified form of arched arches and cross-shaped elements that have been established during 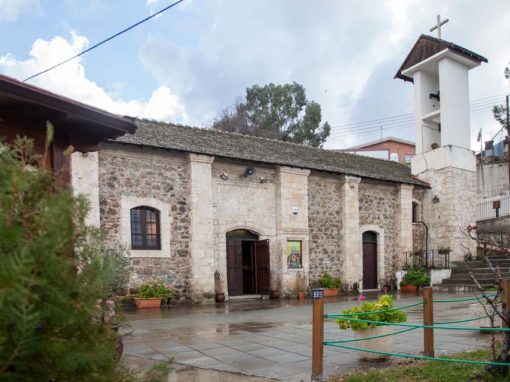 The main church of the Tembria community is dedicated to Agia Paraskevi and is located in the centre of the community, within walking distance of the Primary School. It was built in 1872, as appears on the inscription above the entrance of the church.

The temple of Agios Dimitrianos was built in the early 19th century and is located in the center of Flassou village, among its traditional houses. The church is a one-aisled basilica, which is covered in a simplified form of arched arches and crosses. 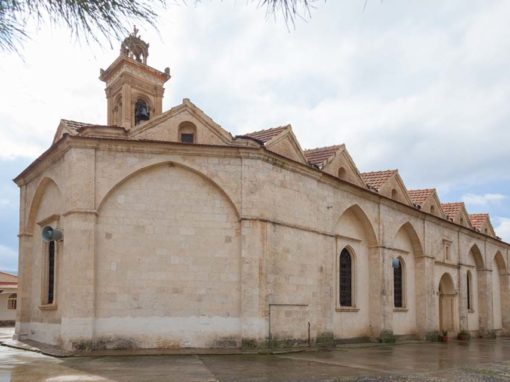 On the right bank of the River Karfotis, in a tree-lined mountainous area, just outside the village of Kakopetria, lies the church dedicated to Agios Nikolaos tis Stegis. Since 1985, along with nine other frescoed Byzantine churches of Troodos, it has 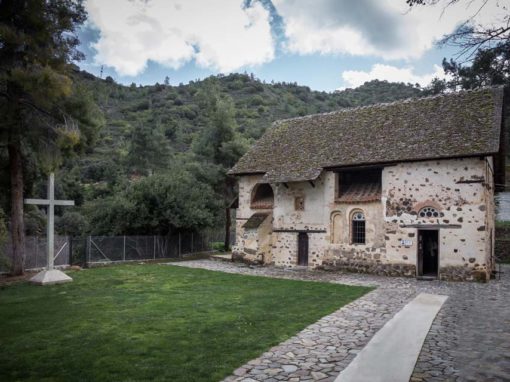