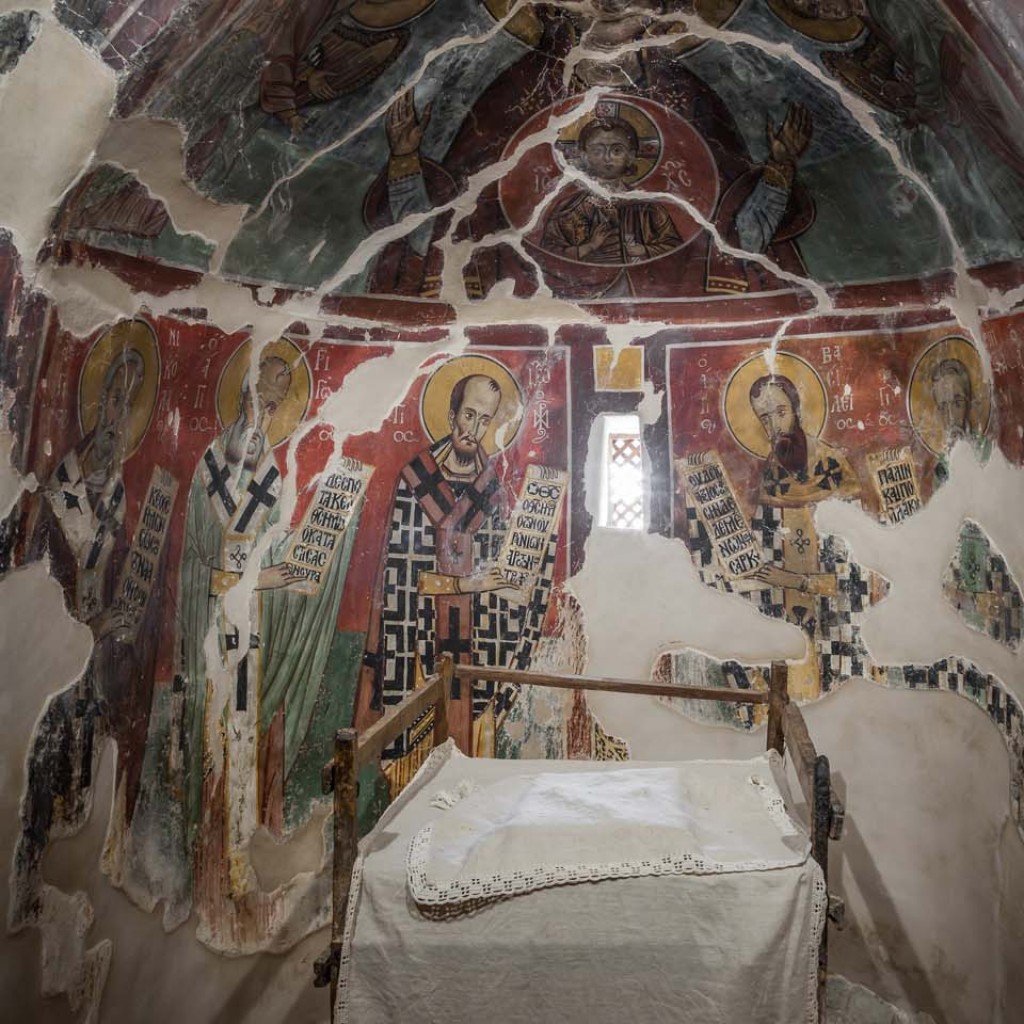 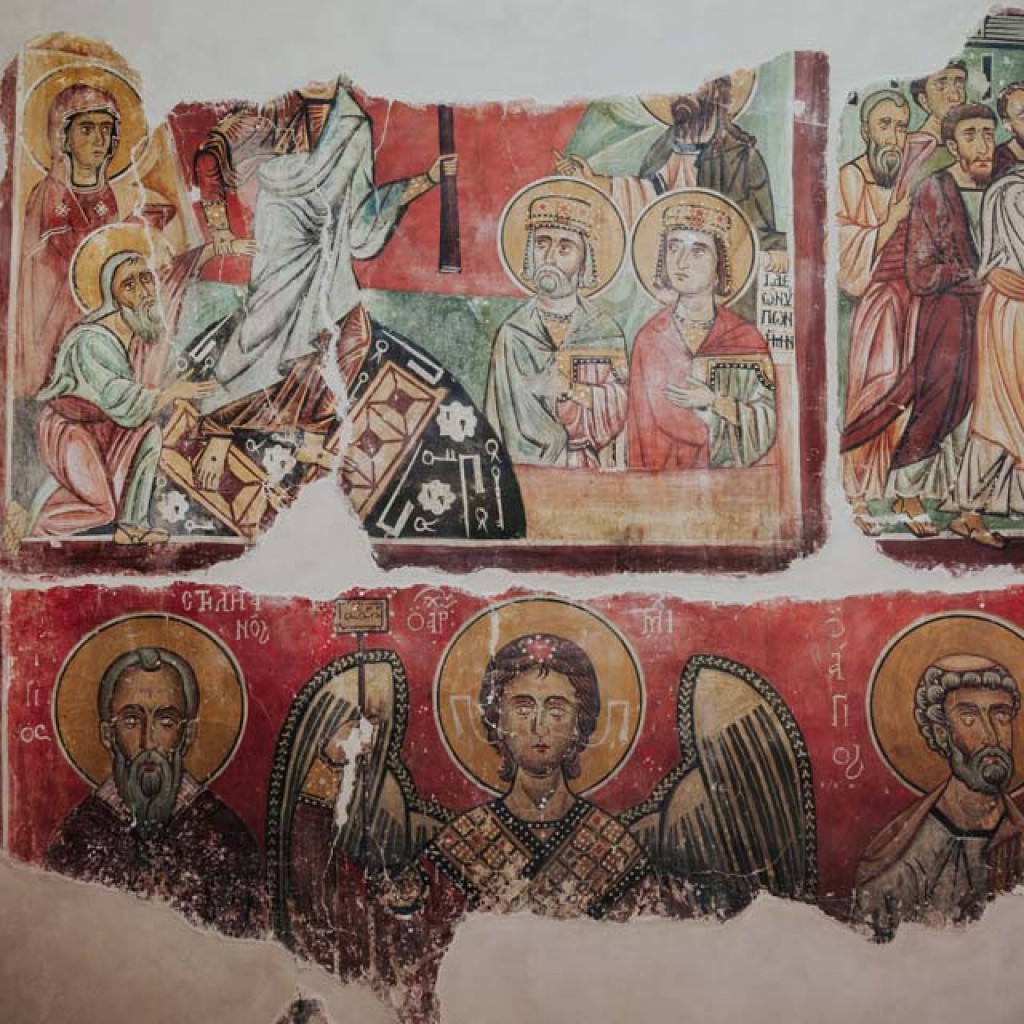 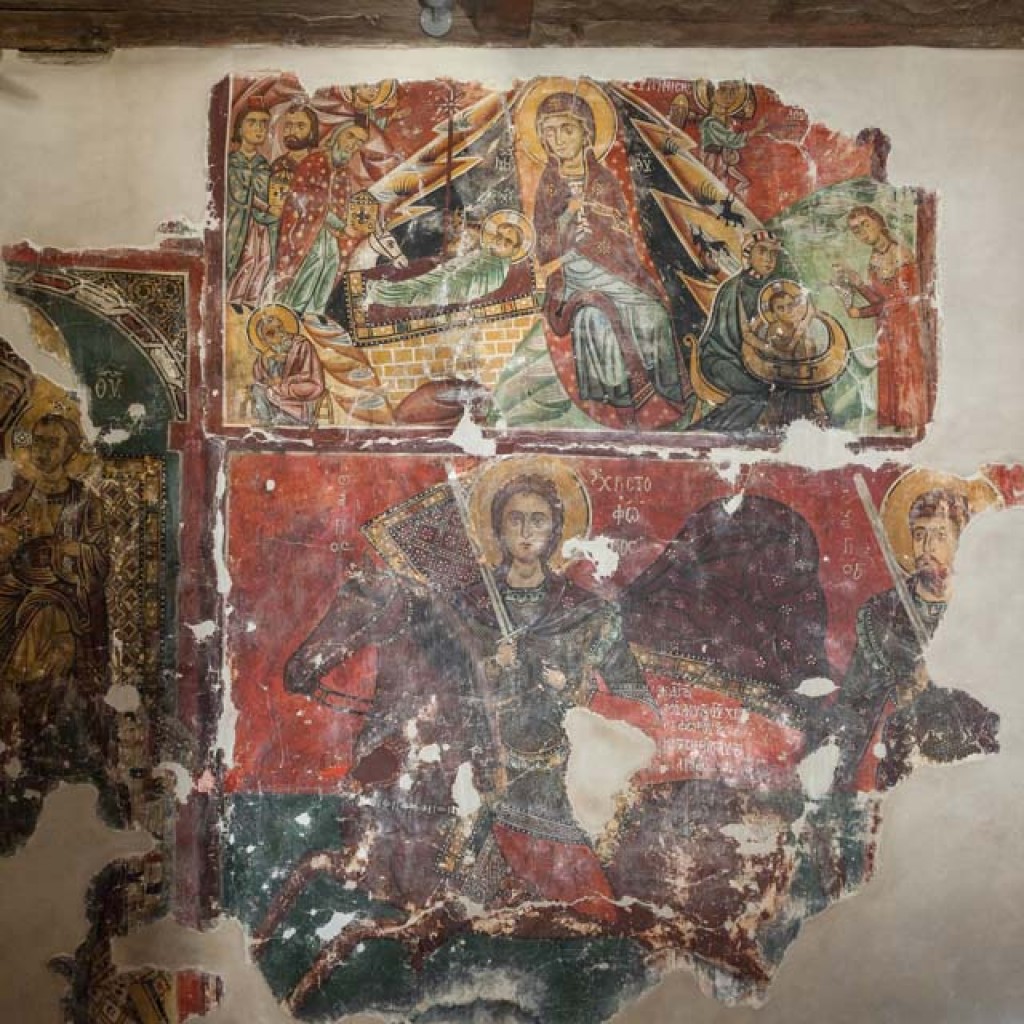 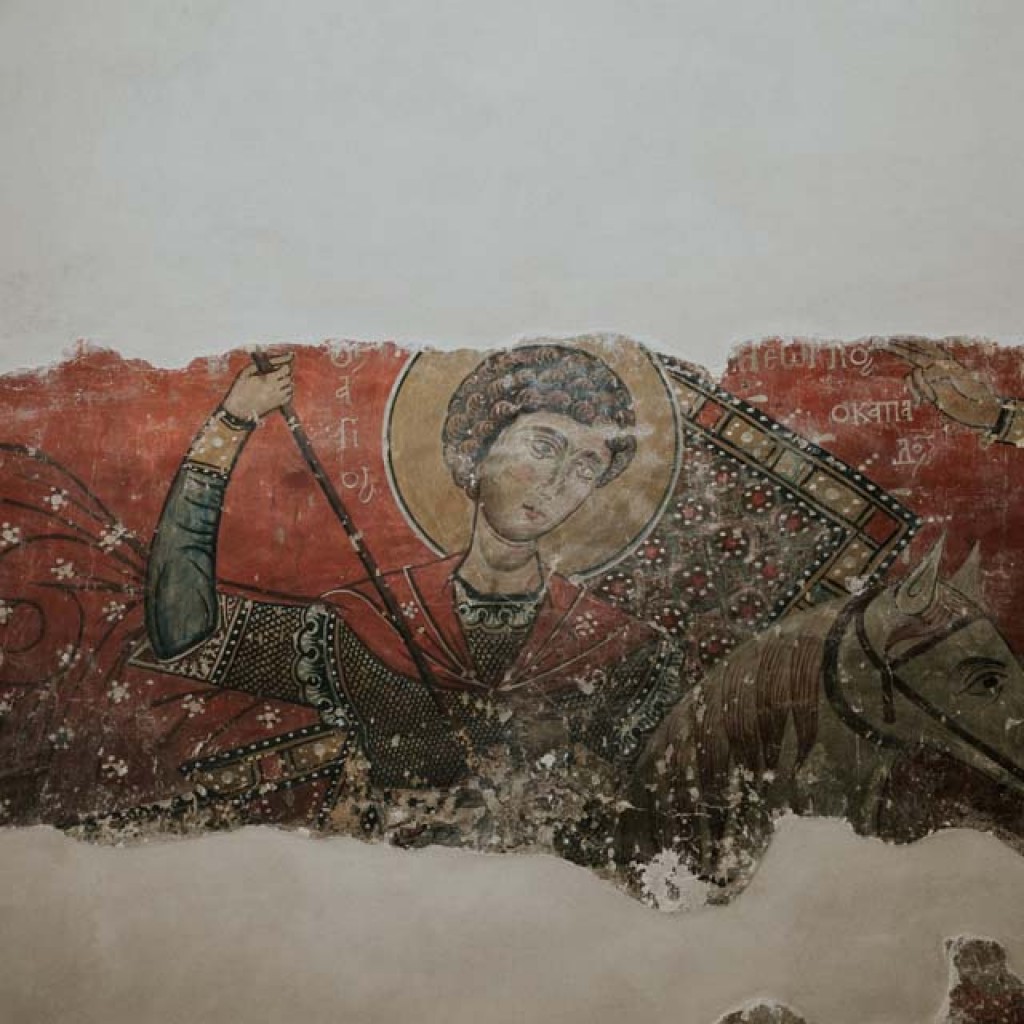 All the frescoes of the Sacred Step and the main temple date back to 1280, when the temple was built. They are distinguished by their linear austerity, the limited color scale and the bad proportions of the figures. The bodies are dull, the heads disproportionate to the bodies, the eyes wide open with the daughter pointed. The painter is unknown, but his style shows the effects of Byzantine models of the 12th century. and modern western painting.

The pictorial program has several originals, such as the representation of the military horse rider Ayios Christoforos, the adjective “THE KAPPADOS” in the image of the saint of Agios Georgios, the two coiled upright snakes in the performance of Annunciation and others. The image of the Seven Sleeping Children of Ephesus on the eastern side of the north outer wall is unique in Cyprus.

In December 1985 the church of Panagia Moutoulla was included in the UNESCO World Heritage List. 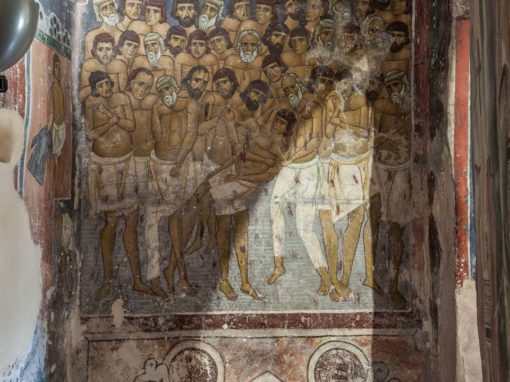 The 12th century is considered as the golden age for Byzantine art in Cyprus, but also unique in the whole world, because the surviving ones from this period are limited. The frescoes that survive in Agios Nikolaos tis Stegis and especially those revea 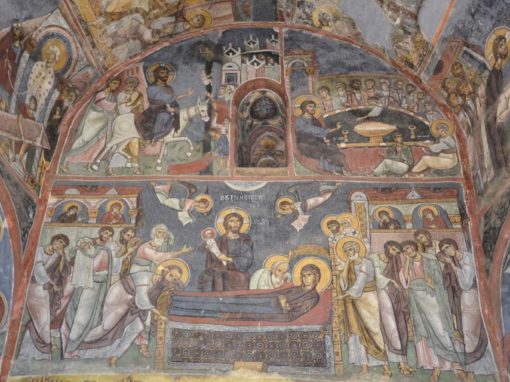 As seen in the decor and frescoes, the monastery flourished during the Byzantine period, as well as during the French Occupation (1191-1489) and the Venetian domination (1489-1571). The frescoes were created in different times, from the 11th to the 16t 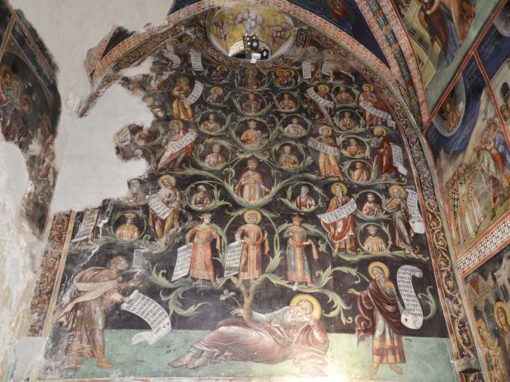 One of the most remarkable icons is that of Panagia Odigitria dating back to 1474. It belongs to the local iconographer Minas, who also painted the famous church of Archangel Michael. The icon is kept and displayed in the Byzantine Museum of Pedoulas. 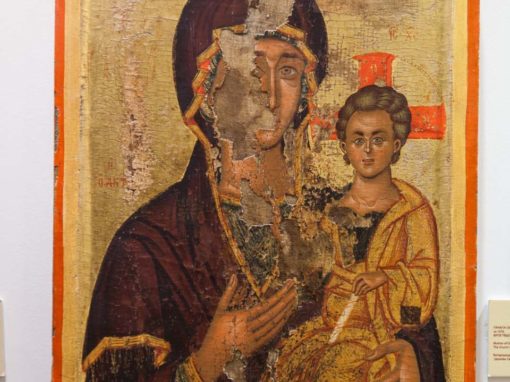