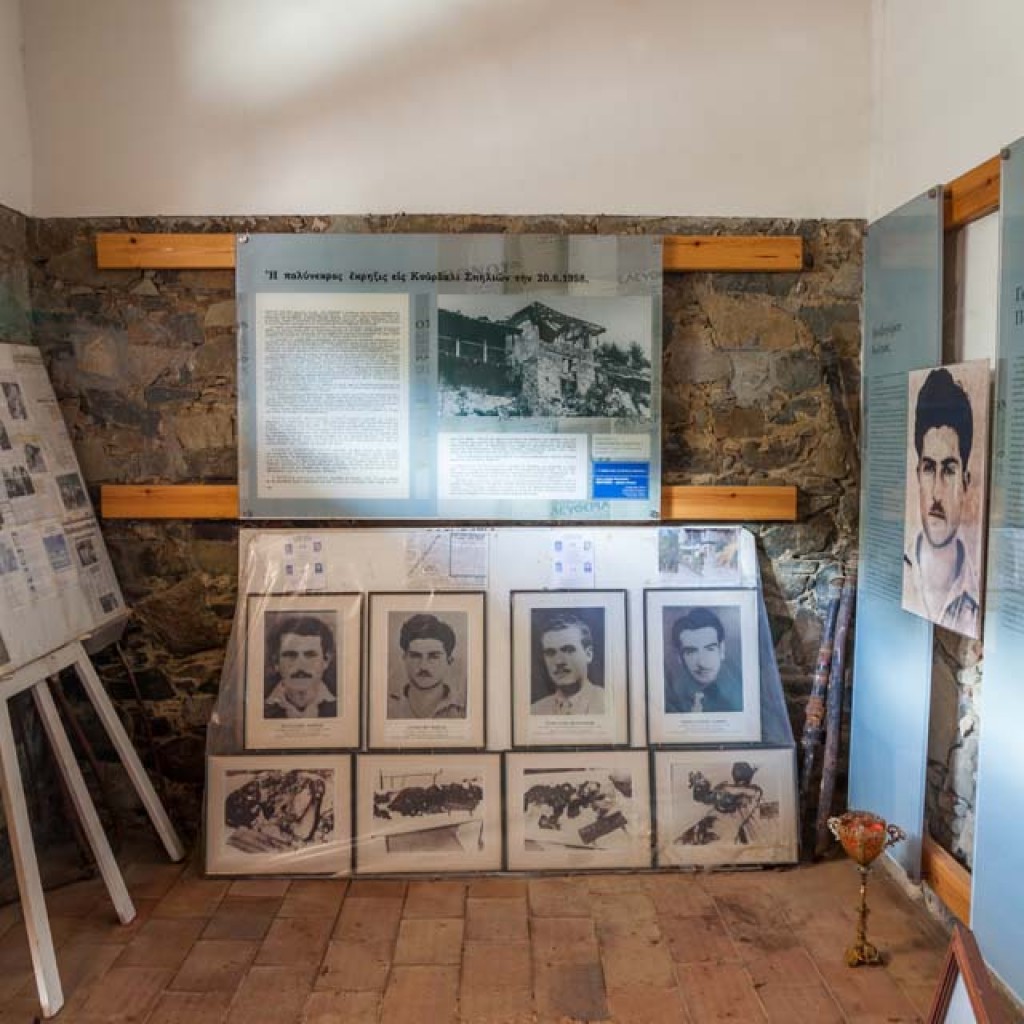 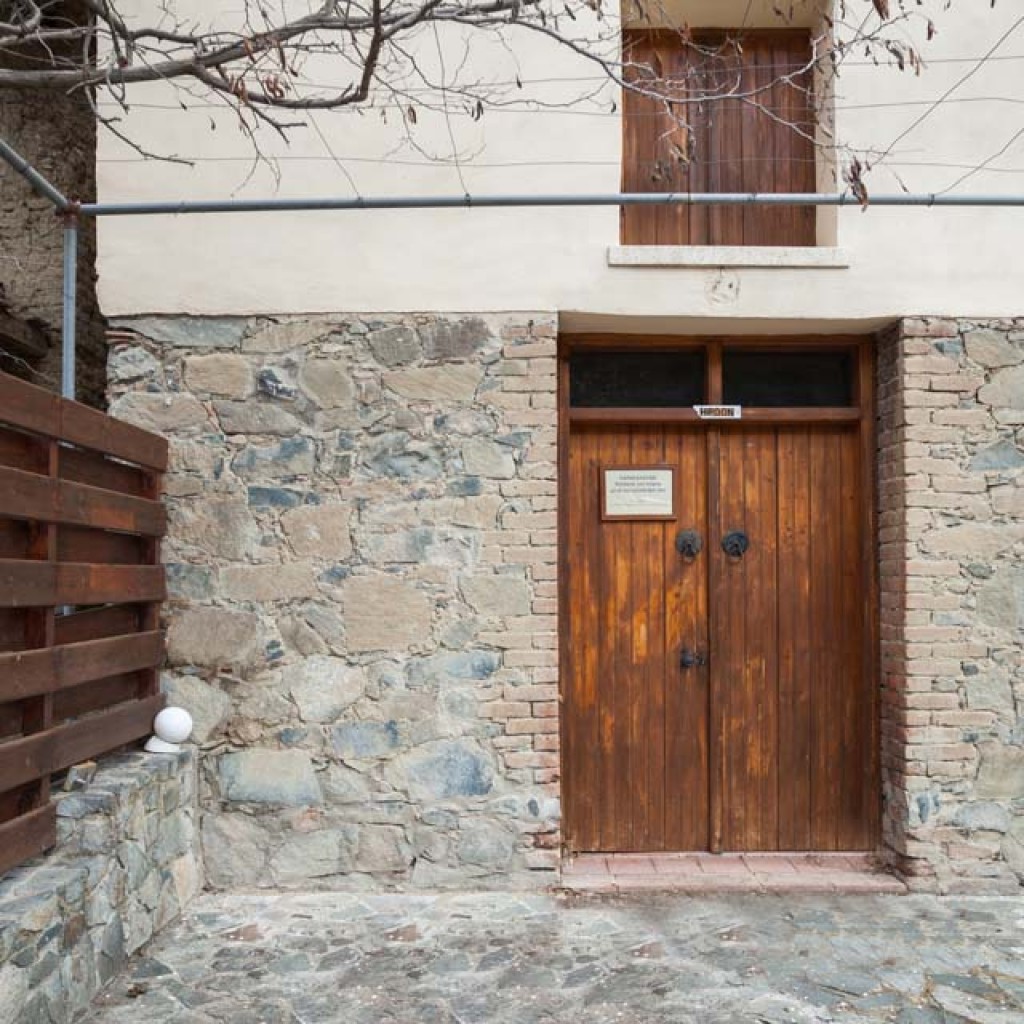 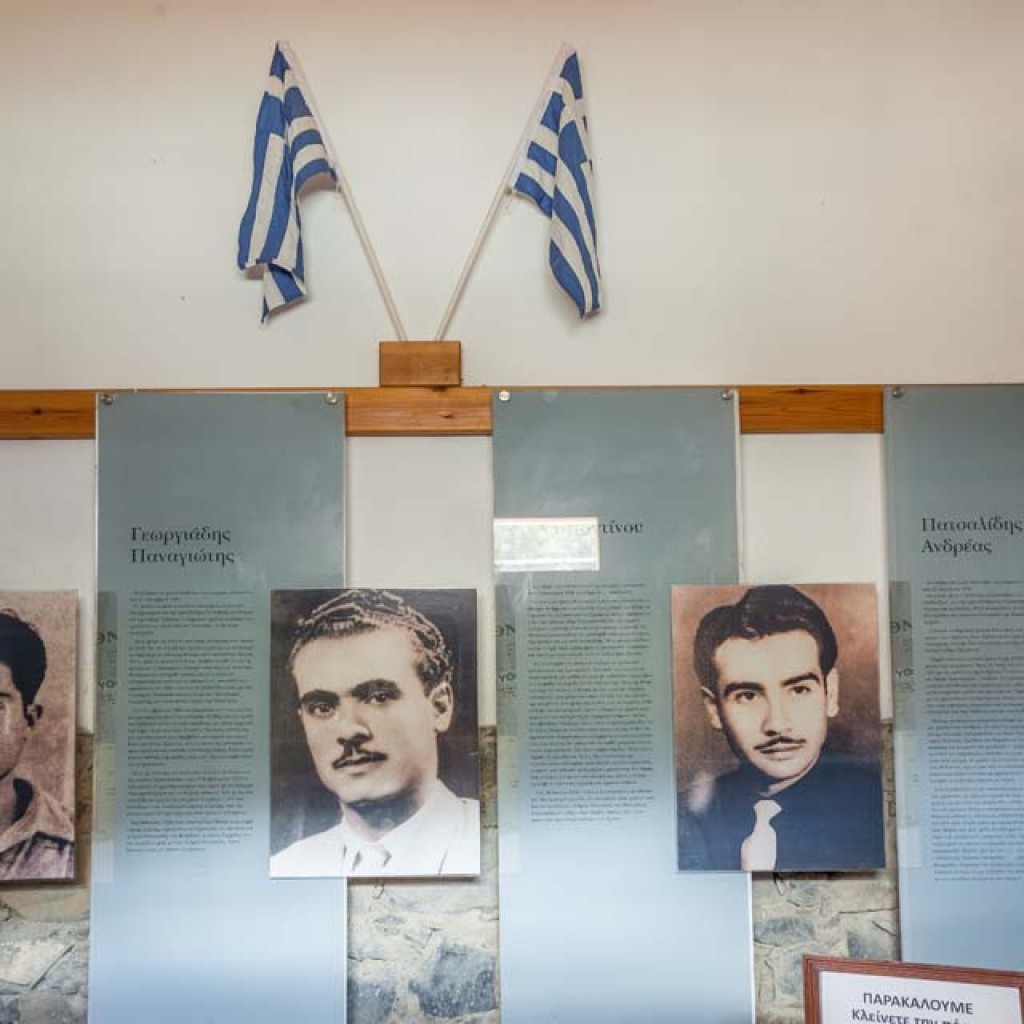 At 11 am, Friday, 20th of June, 1958, in the village of Kourdali, one of the most terrible explosions happened, during the liberation struggle. It was the ground floor of Andreas and Irene Patsalidis’s house. Their house that offered shelter to the fighters was blown up. This is where the EOKA fighters Andreas Patsalidis died at the age of 25 years, Kostas Anaxagoras 23 years old, Alekos Konstantinos 23 years old and Panagiotis Georgiadis 28 years old, who was wanted as he was the leader of a group of the region.

During a secret training in the construction of new and more efficient explosive mixtures to be used by fighters, there was a violent explosion. Many of EOKA’s weapons and ammunition were hid in the house, for which the heroes were discussing whether to move to another place because of the British army raids in the area. The explosion killed the men who were in the house at the time. The terrible explosion was under mysterious conditions, which was never solved.

In this area of ​​the terrible accident, personal items of the heroes and photographs with explanatory texts. 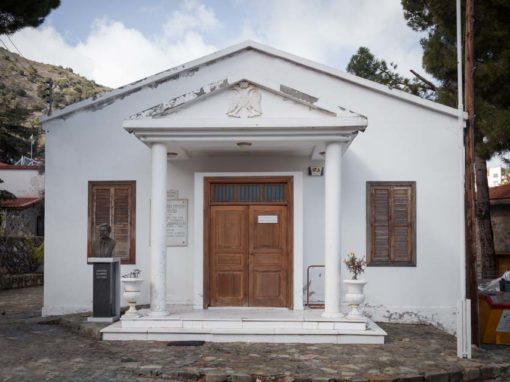 The Byzantine Museum of Pedoulas has been operating since 1999 in the old primary school of the village and is located near the church of Archangel Michael. The collection consists mainly of icons and ecclesiastical artifacts dating from the 12th to th 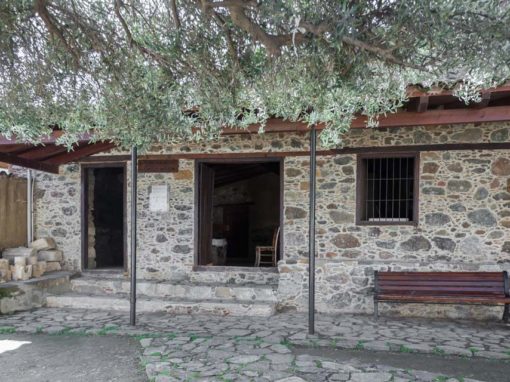 Housed in the courtyard of the Church of Sotiros (The Saviour), in the old picturesque neighborhood of Kakopetria, this old olive mill with the characteristic millstone currently displayed in the Museum, is no longer in use. The traditional mill consis

The museum of Folk Art was founded by the primary school headmaster of the time, Mr. Athanasios Papadopoulos. It was created in the summer of 1990 kai is housed in the old primary school building of Galata village. Many of the items in the museum were 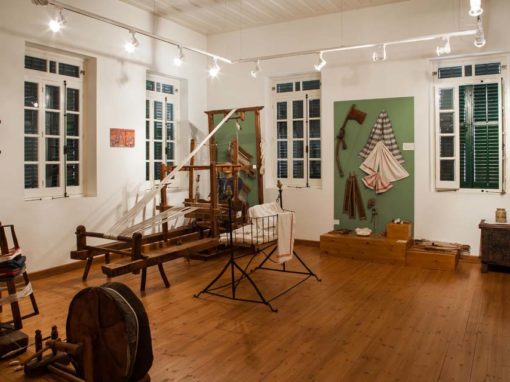 Kykkos Monastery museum was inaugurated in May 1998 and meets all scientific standards and international standards. In it are exhibited ecclesiastical items, old maps, gravures, ancient objects and many other exhibits of the cultural tradition of the p 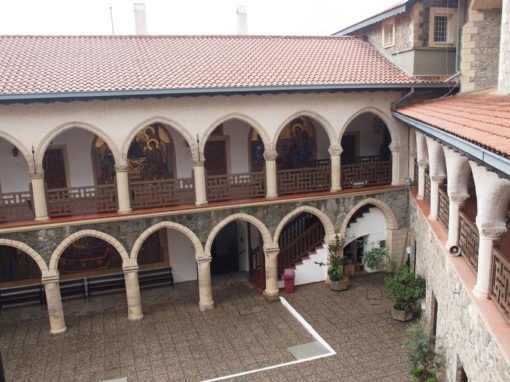