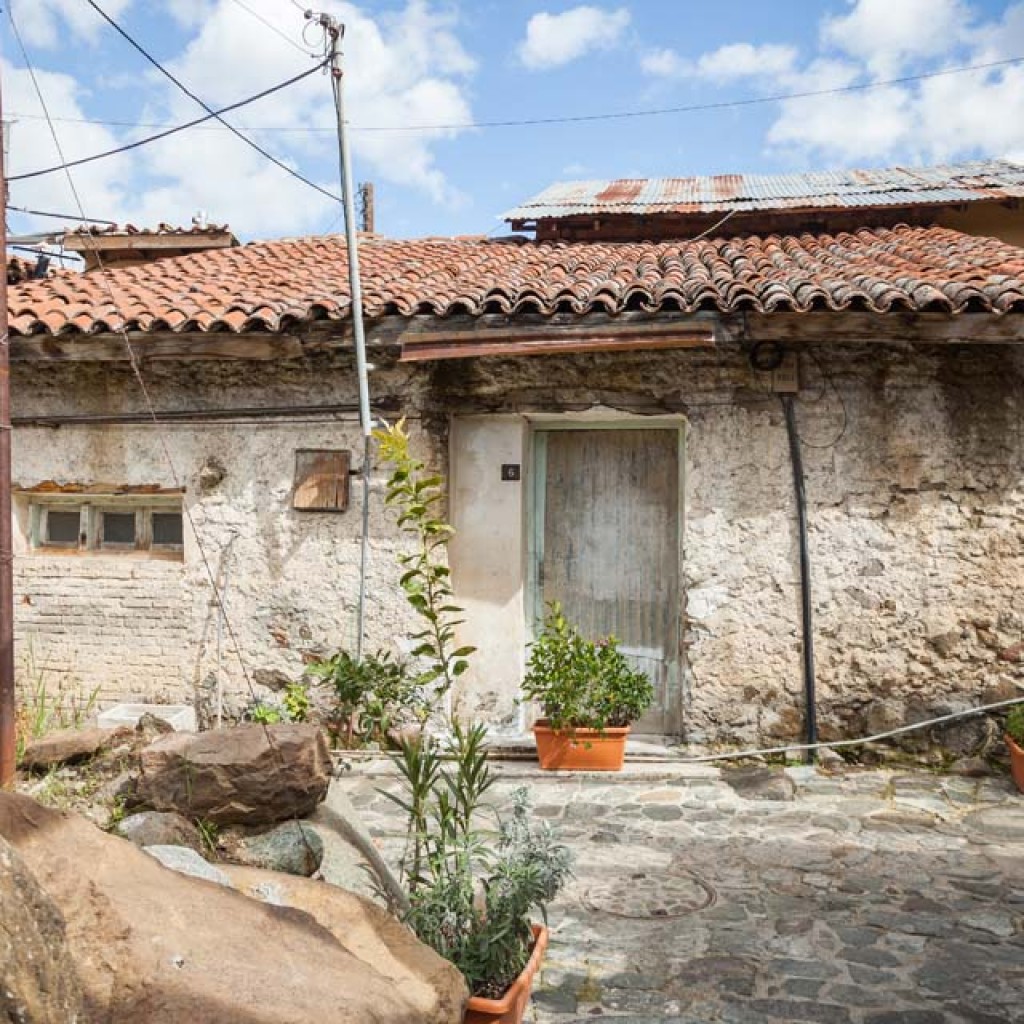 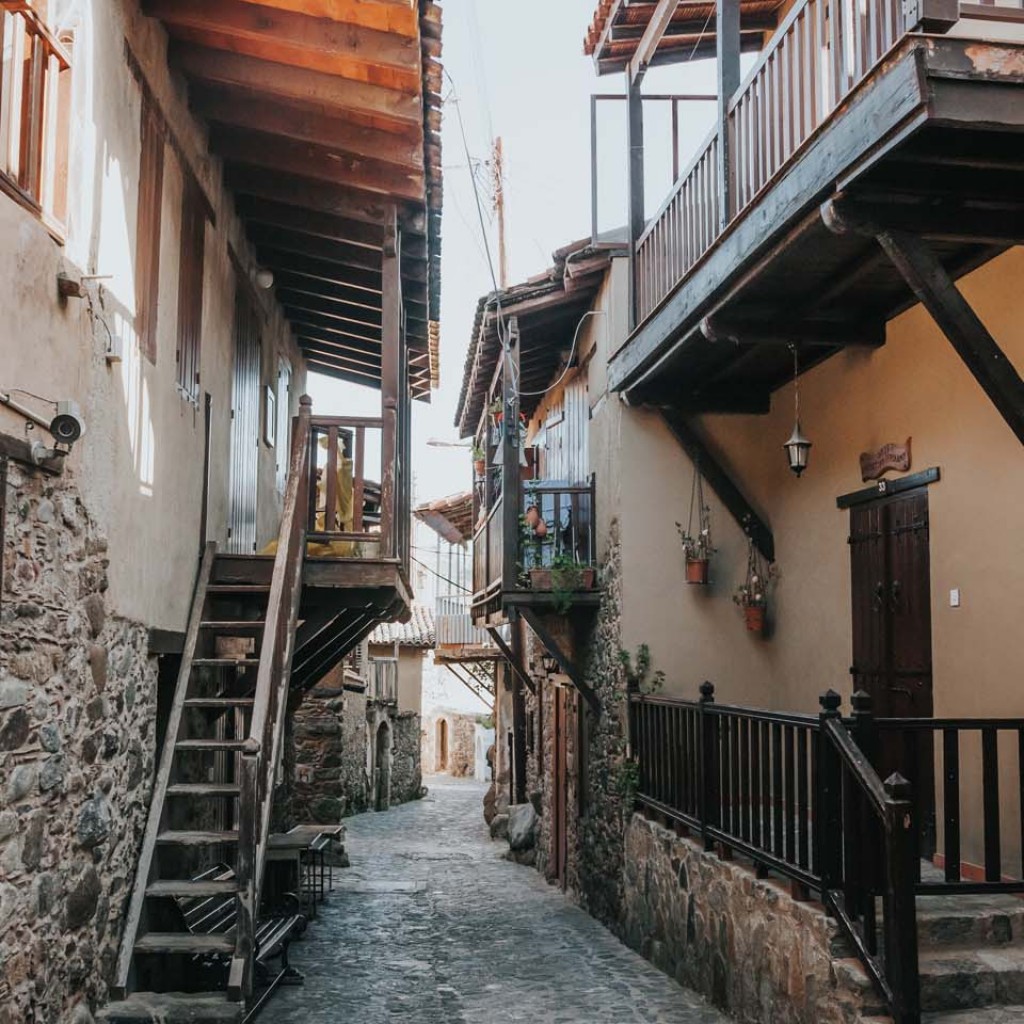 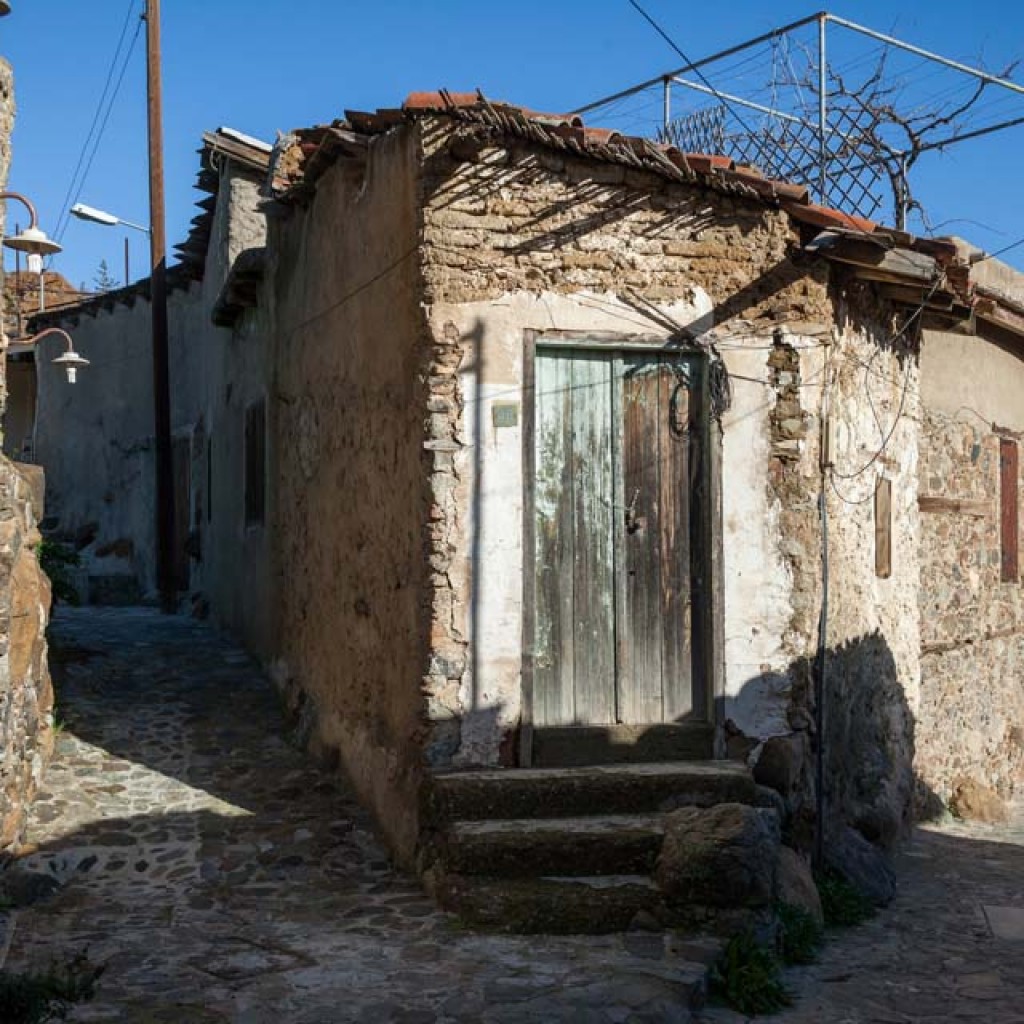 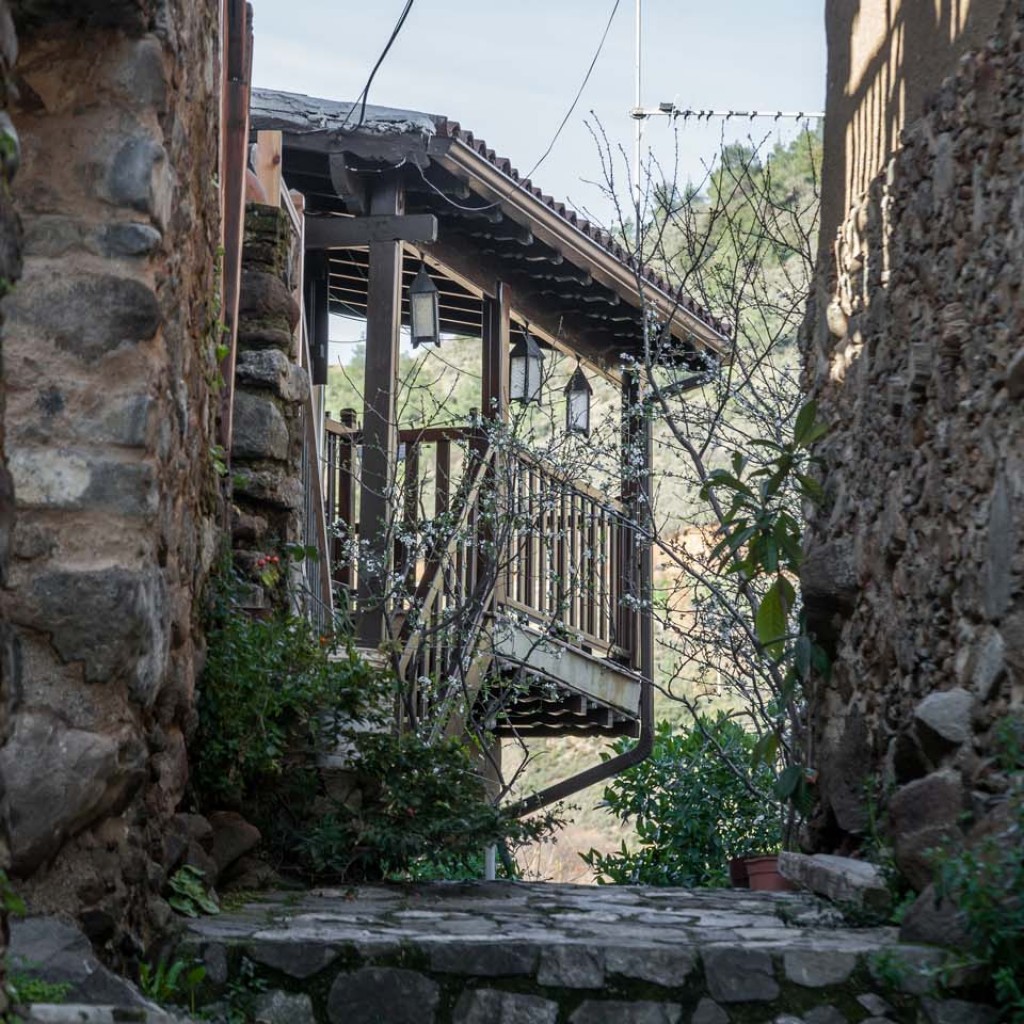 The traditional architecture, on which the building of the houses is based, as well as the traditional way of land mapping Palia Kakopetria, are classified in the rare examples of folk architecture. The old district of the village, with narrow and winding streets, has been declared an area of ​​protected cultural heritage.

Palia Kakopetria is located on the western side of the village, more specifically on the left side of the valley of Solea. Surrounded by two rivers, the Karkotis and Garrillis.

Houses are built next to each other and are almost two-storeyed. One of their special features is scissor-type roofs made of wooden beams, reeds and tiles. Each cottage has a wooden balcony, which gives it another element of graphic decoration. The construction of the houses is compact, and the houses are built mostly from local stone, stones from the rivers of the region.

The ground floor of the houses was used as a warehouse where they stored large jars of wine and other products. Families that had animals, used the ground floor as animal enclosures. On the first floor, known as anogi (upper floor) or makrinari (long room), thanks to the layout of the space, this is where the family lived.

In each house there was a small courtyard, part of which was used to store wood, used for cooking, baking and heating using the then called ‘tsiminia’ (Fireplace, the word is derived from the English word for chimney).

Many of the houses of the village’s core are a wonderful example of mountainous Cypriot architecture and have been restored with the help of the appropriate state services. Most of these have become agrotourism lodgings.