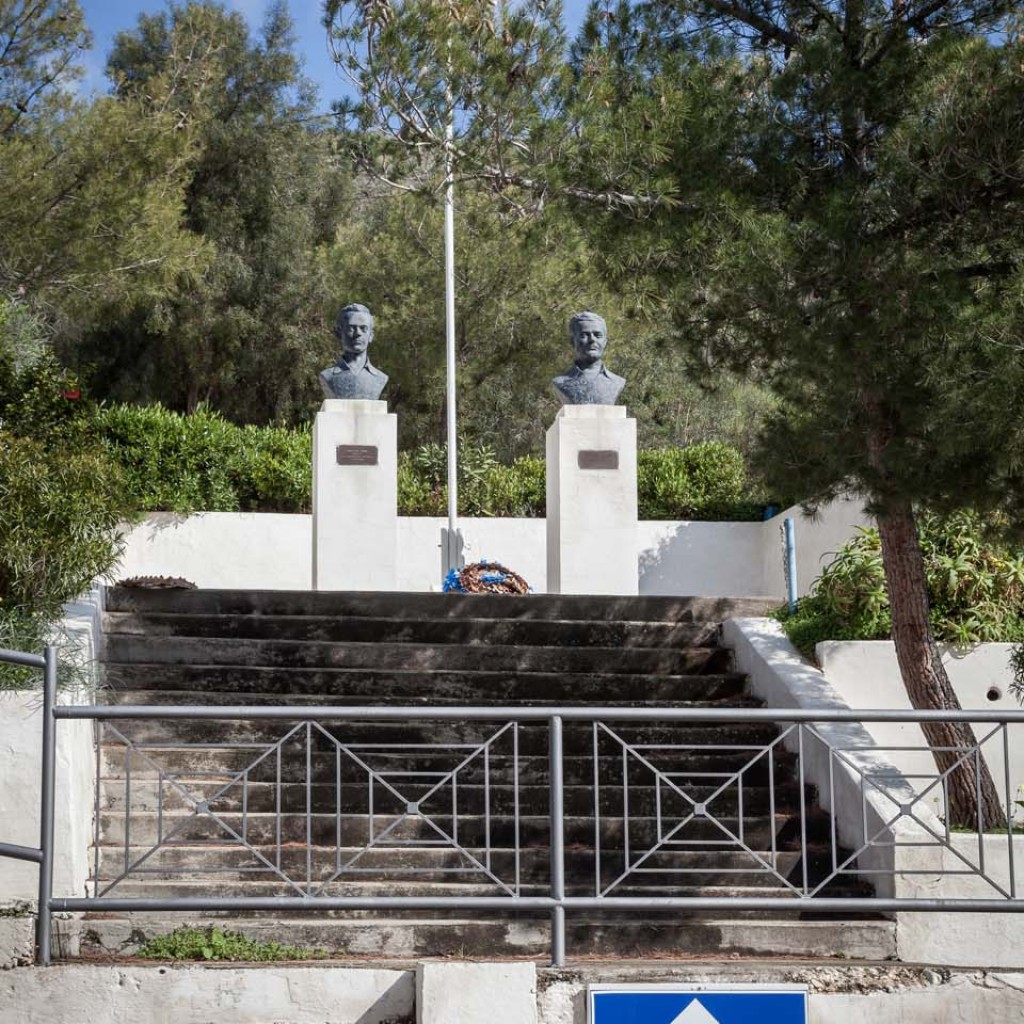 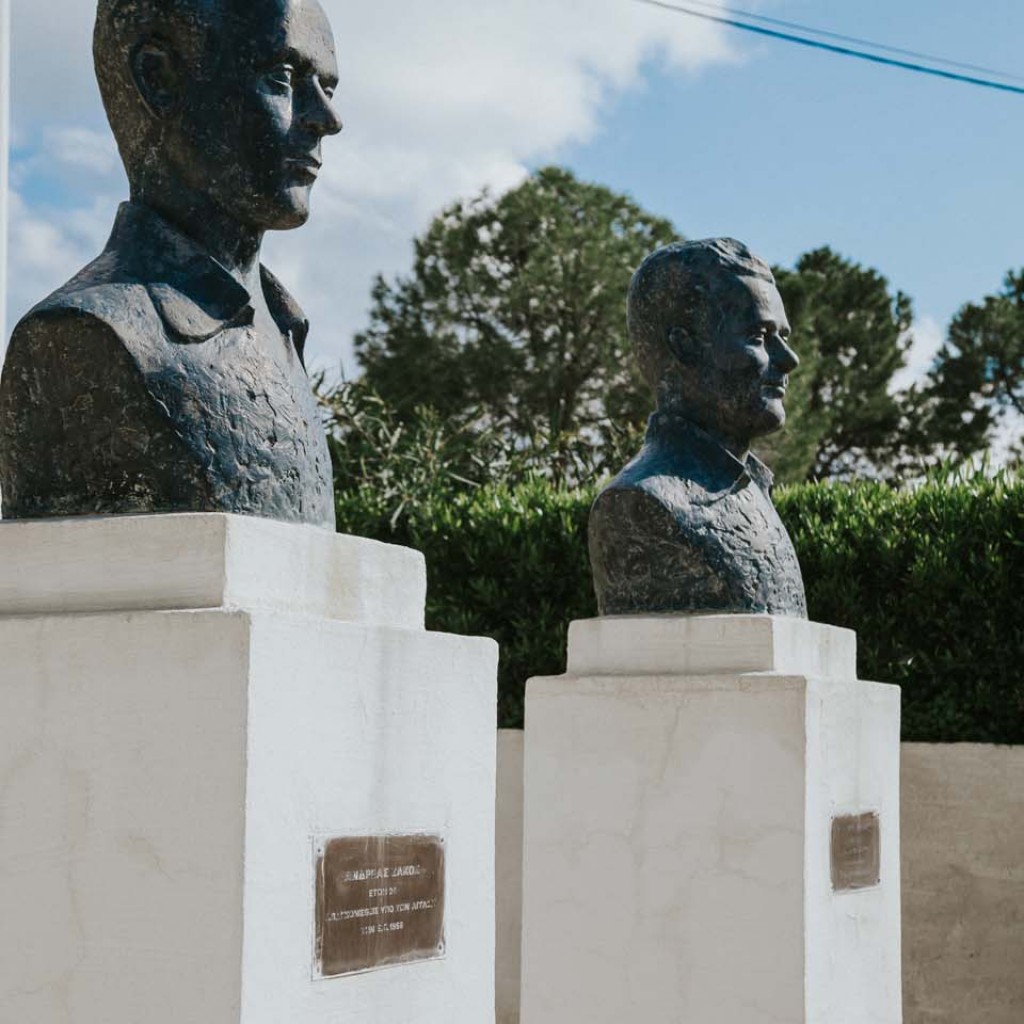 The Legion Heroes Monument was erected in honor of the heroic forms of the liberation struggle of 1955-59 (EOKA), Georgios Antoniou and Andreas Zakos. The monument consists of bronze busts of heroes on marble bases.

Georgios Antoniou was born in 1924 in Flassou. He was inspired by EOKA, driven by his love for his homeland and his belief in supreme values. Georgios Antoniou, as Petros Efthimiades (the mayor of the village) has said, “could not fail to take part in the 1964 struggle,” thus making his struggle worth it. On March 19, 1964, a Turkish bullet mortally injured Georgios Antoniou.

Andreas Zakos, was born in Linos on November 12th, 1931. Andreas Zakos, was inducted into the National Organization of Cypriot Fighters – EOKA. Initially he undertook the preparation of hiding places in the Lefka Pyrgos area, as well as attracting new members to the Organization. Later, he joined the guerrilla group of Galini and, on command of the Chief of the Organization, assumed ‘recognition of targets for future attacks and sabotage.’ Andreas Zakos was arrested during the assault on Mersinaki, an area near ancient Solon. He was then led along with his comrade, Charilaos Michael, to the Nicosia Central Prisons. On the 9th of August, 1956, Andreas Zakos was hanged, along with his comrades, Charilaos Michael and Iakovos Patatsos.

In May every year, the Linou-Flassou communities organise a common memorial as a minimum tribute to their fighters, Andreas Zakos and Georgios Antoniou. 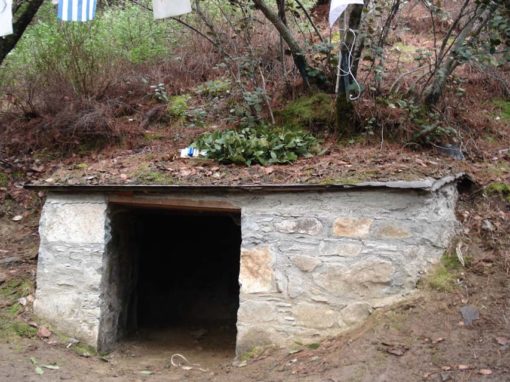 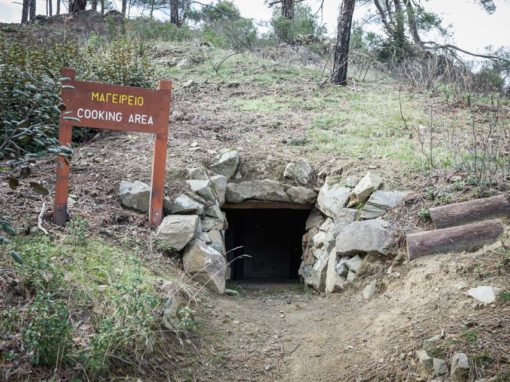 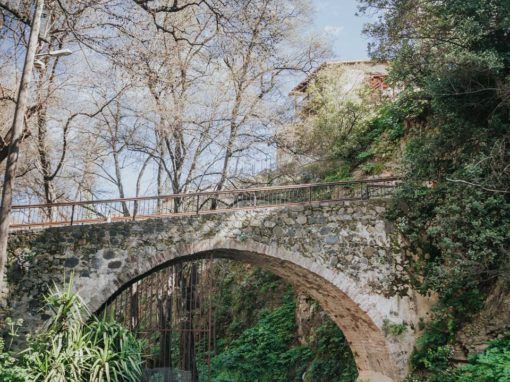